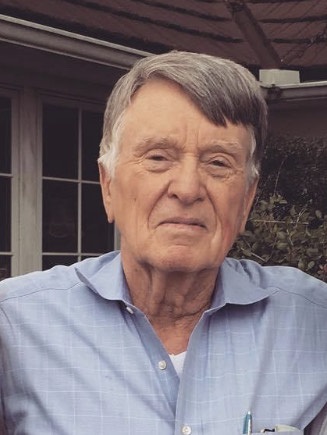 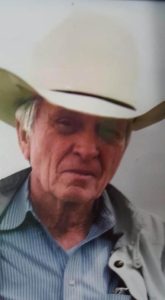 Morris Horatio (Rash) Barrett, III, age 85 of Ryan, Oklahoma, passed away on Sunday, October 23, 2022 in Wichita Falls, TX. Rash was born June 22, 1937 in Ryan, Oklahoma, the youngest child and only son of Morris Horatio “Rash” Barrett, Jr. and Louvenia Hastings “Oolucha” Faulkner. He lived his entire life in Ryan and attended school there, graduating with the Class of 1955.

Rash was raised on Red Creek East of Ryan, and began his education at Opie School. Even though the school was only a little bit NW of his home, he had a hard time getting there some days, as he was side tracked by the creek and his many adventures there. He later attended Ryan Schools where he was quarterback of the football team and was active in FFA, showing steers.

In 1952, when Rash was only 15, he lost his father and became the man of the house and a farmer overnight. He started farming watermelons, then cotton, and later pecans and wheat. He also began taking care of the women of the house and never stopped caring for others until the day he passed away.

He married LeVita Good, on June 16, 1972 at the Methodist church in Hugo, OK. His life was blessed with 5 beautiful girls and later 9 grandchildren.

Rash was preceded in death by his parents, Rash and Oolucha Barrett, his three sisters-Rebecca Lockhart, Rosemary Amos and Constance Barrett and niece-Ruth Partain.

He is survived by his wife, LeVita Barrett of the home and his daughters-Kim Barrett of Ryan, Carmen Barnett (Randy) of Ft. Worth, TX, Angie Poe of Oklahoma City, OK, Heather Casebolt (Todd) of Ryan and Blaine Walterscheid (Brandan) of Muenster, TX. Rash is also survived by his 9 grandchildren-Barrett Robinson, Elijah Poe, Raesh, Foreman and Crosby Casebolt, Owen, Rhett, Ella and Wren Walterscheid, along with many nieces and nephews and numerous friends who loved and will truly miss him.

A Celebration of Life is scheduled for 2:00 pm on Sunday, November 13, 2022 at the United Methodist Church in Ryan, Oklahoma.