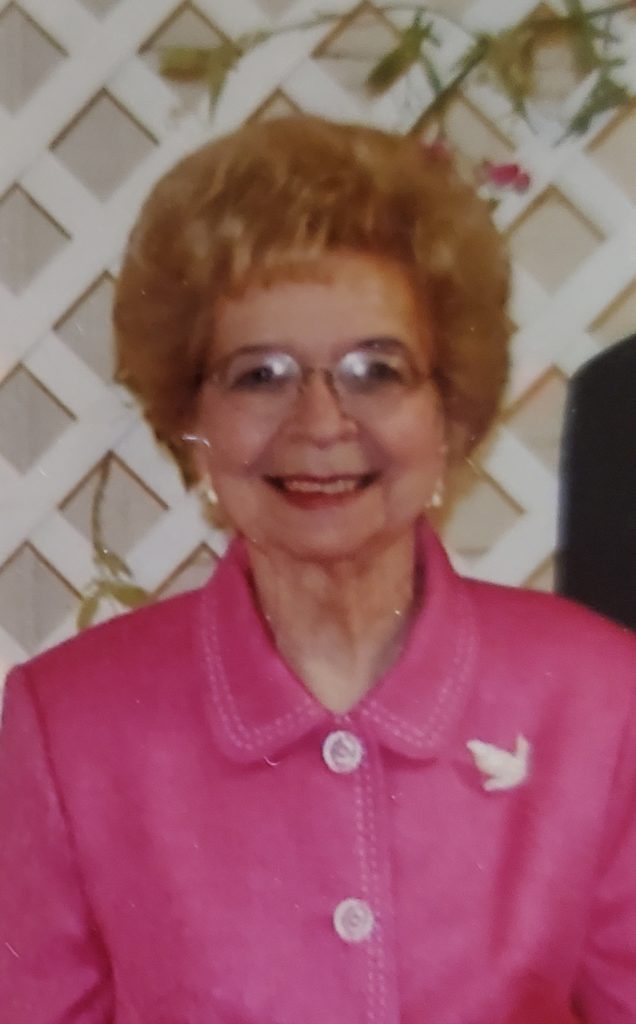 Juanita Nash Hander Wright was born November 23, 1927, to Dewey and Gladys (Splawn ) Nash in Ryan, Oklahoma. She passed from this life on Friday, March 4, 2022 in Nocona, Texas after a long battle with Alzheimer’s disease.

Juanita graduated from Ryan High School and went to college at Texas Woman’s University in Denton, Texas. She received her Bachelor’s Degree in English and got her first job teaching in Cordell, Oklahoma. She later began teaching in Archer City, Texas, where she was introduced to Ethan Hander, by one of her students, Richard Hander’s parents Dr. Raymond Hander, D.V.M. and wife Mary Helen. This friendship with Ethan led to their marriage and the birth of twins, Mel and Mollye. She eventually wound up teaching in Denison, Texas as a Special Education teacher. There was a need brought to her attention for going into pursuing a Master’s Degree by the director of Special Education in Denison, Mrs. Reta Self Farr. So, she attended college again in the summers and Mel and Mollye began staying in Ryan with Dewey and Gladys. The kids loved spending time in Ryan with their grandparents and began working some in the drug store, especially at the old soda fountain. Towards the end of her studies she had to decide on a subject for her thesis, and chose Down’s Syndrome because she had a lifelong friend, Nell Largent, that had been blessed with a Down’s child. She dearly loved all of her students throughout her career. She did receive her Master’s Degree from TWU and taught at several elementary schools throughout the Denison Independent School District. She was a member of the Delta Kappa Gamma chapter in Denison. She retired from Golden Rule Elementary School in 1991. She was ultimately brought back to her hometown of Ryan in 1995 in order to assist her granddaughter, Brionna, with some special needs in her education. She was a member of the Ryan United Methodist Church, where she sang in the choir for many years and shared her talent of playing the piano at the Ryan Nursing Home. She married Howard Wright in March of 2006 and they were blessed with nearly 3 wonderful years together before Howard passed away. She spent nearly 8 years in Nocona, Texas in the Yester Year Home Assisted Living Facility where she was loved and cared for by the staff and owners of the home. What a blessing this was in her life. She got to share a lot of smiles and loved sharing her beautiful voice while listening to music from the radio or the piano in the home.

Visitation will be from 3:00pm to 6:00pm on March 5th at the Dudley Funeral Home in Ryan, Oklahoma.

Funeral services will be held at 2:00pm on Sunday, March 6, at the Ryan Methodist Church in Ryan, Oklahoma with Pastor Mark Kunkel officiating. Burial will follow at the Ryan Cemetery. Arrangements are by Dudley Funeral Home.

In lieu of flowers, the family would like to suggest memorials be made to Ryan Methodist Church or Alzheimer’s Association.